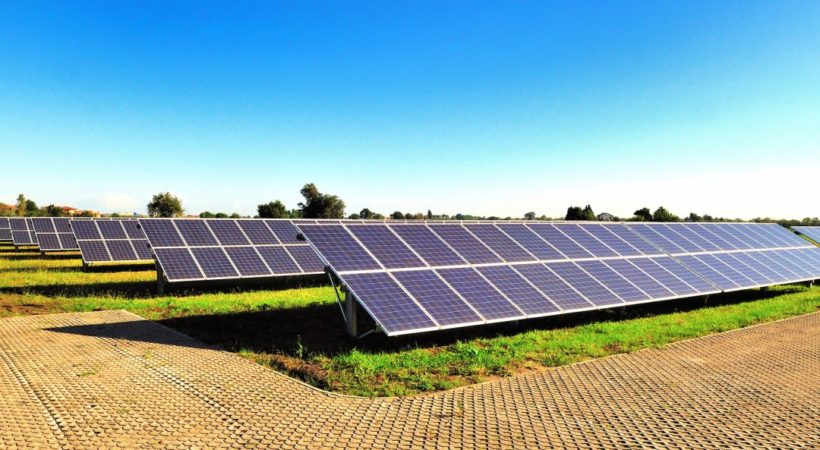 10 Benefits of Switching to Solar Energy for Homes & Businesses

With almost everyone now understanding the importance of being environmentally responsible, solar power has gone from an alternative energy source into a popular, widely considered home and business energy option over the last decade.

From small solar panels to extensive home and business solar energy systems, more and more homeowners and businesses are investing in solar power as a way to keep their home attached to the grid and powered by green energy.

Little to no long-term maintenance

Did you know that solar panels require very little long-term maintenance? After a solar panel has been installed, it needs little maintenance other than an occasional check for dirt, dust and other particles.

This is because solar panels use a simple design that doesn’t contain many moving parts. With few potential points of failure, it’s very unlikely that a solar panel could become damaged during regular usage.

After installed, there are few costs

Although many people are drawn to solar power because of its huge environmental benefits, lots of businesses install solar power as part of a long-term plan to reduce their energy spending and save money.

When it comes to clean energy, it’s hard to beat solar. Solar energy is regarded as a clean and environmentally friendly source of energy, with few environmental issues aside from waste produced during the manufacturing of solar panels.

Since most of the alternative sources of renewable energy, such as hydroelectric or wind energy, aren’t possible on a small scale, solar energy is by far the most widely used renewable energy option for homes and small businesses.

Clean, environmentally friendly and completely renewable, switching to solar is an excellent way to improve your business’s environmental track record and focus on becoming greener.

Solar power is silent and convenient

Unlike wind power, which can create excess noise that annoys people located near wind turbines, solar power is completely silent. Even with large solar panels on top of your building, you’ll never hear a single sound associated with solar power.

Likewise, solar panels take up relatively little space for the amount of energy they produce when compared to other renewable energy options. Convenient and quiet enough not to notice, solar power is a great out-of-the-way business energy option.

How much does your business spend each and every month on electricity? In 2012, the average UK business energy bill was £2,600.79 – a significant amount for small businesses with limited turnover.

Although energy might not take up as big a percentage of your business’s turnover as other balance sheet items, it’s always good to eliminate unnecessary costs from your company’s spending.

Since sunlight is 100% free and solar power involves few costs after installation, it’s an excellent choice for reducing your business’s spending on utilities over the long term.

Your business’s carbon footprint is smaller

Over the last decade, large corporations have taken major steps to reduce the size of their carbon footprints. Coca-Cola, for example, pledged to cut back two million tons of carbon dioxide emissions in 2009 alongside other leading companies.

While big companies have taken a leading role in reducing their carbon output, the world’s smaller businesses have lagged behind. Switching to solar power is a great way to bring your business to the front when it comes to stopping climate change.

You can use the Feed-in Tariff scheme

If your solar panels generate enough energy, you may be able to sell it back and earn income under the Feed-In Tariff scheme. Feed-in Tariffs are available to anyone who owns a renewable power system that generates at least 5MW of energy.

Both individuals and businesses can claim Feed-in Tariffs, as long as their renewable energy system reaches the 5MW benchmark. This makes solar power an affordable, as well as financially productive, way to power your home or place of business.

It just works, even in cloudy weather

Despite the misbelief that solar panels only generate energy in directly sun, a solar power system actually generates energy even when the weather outside is cloudy, dull and overcast.

On average, a one kilowatt peak solar power system can generate about 700 to 750 kilowatt hours of energy in an area with cloudy weather. That’s less than the 1,600 kilowatt hour average in a sunny region, but still far from nothing at all.

In fact, two of the world’s top five countries for solar power usage are Germany and Japan, both of which frequently have overcast days and neither of which are known for their sunny climates.

Your building’s value will increase

Although many people once viewed solar panels as something that could decrease a home or commercial building’s value, today they’re highly valued features that could add a premium to your building’s price at sale.

Solar power isn’t just a source of energy – it’s also an investment. If you sell off your business’s premises in the future, installing solar energy could increase its value and help you generate a greater amount of cash from the sale.

It’s more affordable than you think

Throughout the 1990s and early 2000s, solar power had a reputation as being one of the most expensive forms of electricity. Thanks to developments in solar power equipment, tax credits and subsidies, that’s certainly no longer the case.

Installing solar power, whether for your business or in your home, is far less costly than you think. Over the long term, solar power is a cost-effective source of energy that could help you and your business save a significant amount of money.