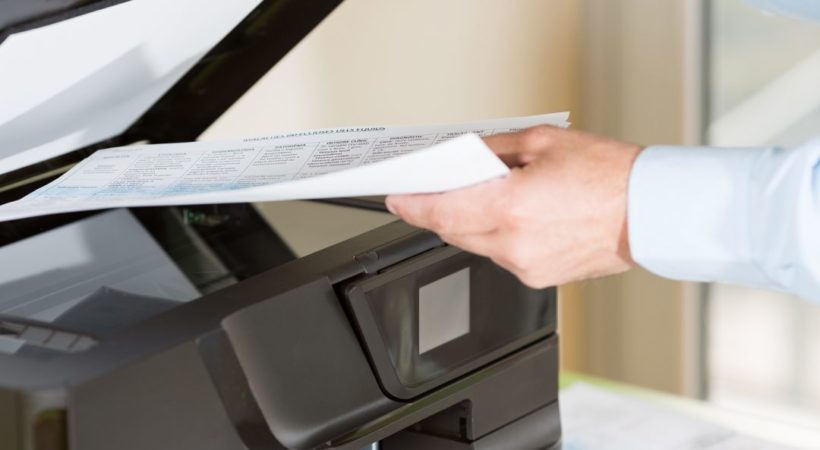 How much does your business spend each month on electricity? Although modern offices are far more energy efficient than they were 10 or 20 years ago, most offices still use significantly more electricity than they need to.

From switching to energy efficient devices and appliances to switching off lights and opening the blinds, it’s surprisingly easy to reduce the amount of electricity used in your office.

Lowering your office’s electricity consumption has numerous benefits, from helping the environment to reducing the costs associated with running your business in the long term.

To help you make your office more energy efficient and less wasteful in 2015, we’ve put together a list of 10 simple ways to reduce the amount of electricity your office uses every day of the year.

While there are costs associated with upgrading your office’s equipment, using new and efficient devices such as photocopiers, computers, printers and scanners could help your office reduce its overall electricity consumption.

Newer electronic devices tend to be significantly more energy efficient than devices made five to 10 years ago. Look for equipment with the Energy Star logo – this logo means it’s designed to be as energy efficient as possible for a device of its type.

Although you’ll need to set aside cash to pay for the new equipment, there are major benefits of doing so. Switching to energy efficient devices reduces your office’s total energy consumption, resulting in lower monthly energy bills and real savings.

Switch off the heating when it isn’t needed

Many offices have heating and air conditioning rules that determine exactly which temperature should be maintained during summer and winter. This is a great way to keep your office consistent, but it’s also a potential waste of electricity.

Instead of using the heating system every day, switch it on only when it’s needed to keep your office comfortable and productive. In some cases, overheating your office can have a negative effect on your team’s productivity and focus.

Instead of heating your office for the entirety of winter, only use the heating when it’s required. Not only will you save money – you’ll also improve your productivity by keeping your office at a cooler temperature that encourages greater focus.

In summer, open windows instead of using air conditioning

Fresh air is completely free of charge, making opening a window by far the cheapest way to cool down your office during summer. It also increases productivity in your office by preventing low quality indoor air from recirculating through the building.

For the ultimate improvement in air quality, combine open windows with a range of indoor plants. The combination of cool, fresh air from outside and healthy plants can energise your team and contribute to cheap, electricity-free summer productivity.

If it’s sunny outside, use sunlight to light your office

Natural light is one of the most important elements of modern building design, with architects and interior decorators keenly aware of the effects it can have on energy, mood and productivity.

Like temperature and fresh air, natural light is closely linked with high productivity and improved mood. It also correlates with an improvement in employee health and increased levels of energy, especially late in the afternoon.

As well as energising your office and creating a higher level of productivity, sunlight costs absolutely nothing. Save electricity and reduce your office’s bills by opening up the blinds on sunny days to light your office using natural light.

If your office’s windows aren’t enough to light it entirely using natural light, there are several options available. One is to light some of your office naturally and use a limited amount of artificial lighting to keep the rest of your office well lit.

This lets you get all of the productivity benefits of natural light with just a fraction of the costs associated with lighting your entire office artificially. However, it’s also far from perfect, with some costs still associated with using artificial lighting.

A better option is to install skylights, which are excellent for single-storey offices, or larger exterior windows. Setting aside a small daylighting budget is often all it takes to reduce your office’s electricity consumption by 10-20% per year.

Switch off computer workstations at the end of the day

Did you know that most computers still use a significant amount of electricity even when they’re hibernating? Switching your computer to sleep mode might seem like an easy way to save energy, but it’s actually far from effective.

Reduce your office’s energy consumption by switching off computers at the end of the workday. There are no negative effects to shutting down your computer every day – doing so saves a significant amount of electricity at no cost to your business.

Just like it’s a good idea to turn off computers at the end of the workday, it’s a great idea to switch off unnecessary or unused devices outside of normal work hours and over the weekend.

Devices such as photocopiers, printers and scanners use electricity even when they aren’t in use. Simply keeping a device switched on in standby mode is enough to add a significant amount to your office’s monthly electricity bill.

Outside of normal office hours, switch off any non-essential devices. Any employees working overtime or throughout the weekend can easily switch them on as needed, making this a no-downside electricity saving strategy.

Do you keep the lights switched on in offices, meeting rooms and storage areas all the time? It’s wasteful and energy inefficient to light rooms when they aren’t being used, even if it’s the result of someone just forgetting to switch off the lights.

Prevent forgetful employees from adding to your office’s electricity bill – as well as its carbon footprint – by installing motion sensors to control lighting in rooms that are rarely used.

Unplug electronic devices when they aren’t being used

Did you know that many electronic devices continue to draw a charge from power outlets even when they aren’t in use? From computers to photocopiers, most large devices use electricity whenever they’re plugged in, even if they’re switched off.

Use blinds strategically to block out the hot summer sun

Many of the tips on this list are about using sunlight to your advantage. At the peak of summer, however, sunlight can be a major annoyance for your office, resulting in a huge increase in heat that can make employees feel uncomfortable.

Instead of turning up the air conditioning and cooling your office at a considerable cost, use your office’s blinds to block out direct sunlight and reduce the level of heat in your office naturally.

By only pulling the right blinds, it’s possible to block out direct sunlight while still keeping your office lit naturally. This simple technique can make your office a far more comfortable place to work on those annoying hot summer afternoons.