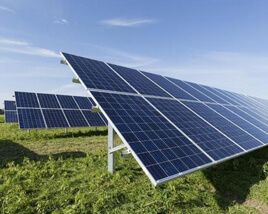 Government has made an upwards revision to its solar energy forecast as a result of the radical decrease in the costs involved in solar panel installations. This is according to a statement by Ed Davey, Energy Secretary.

Davey further states that this is what led government to stop a great number of large-scale solar subsidies at the end of March. However, the solar industry claims that this is a mistake and as a result, the industry is unlikely to be able to compete with fossil fuels.

The cost of solar panels has in fact dropped by 70% within just the past few years not only in the UK but in other countries as well. This, in turn, created a huge market which then drew in manufacturers from China.

The UK government took this as incentive to withdraw subsidies from solar farms producing above 5MW. This will transpire from the end of this month. A solar boom, albeit temporary, is creating a race as solar firms vie to connect to the grid within this time.

According the Solar Trades Association, the first quarter of this year saw as many solar power installations as in the entire year of 2014. However, next month the association expects that those installations will drop by as much as 80% since most firms will be unable to compete.

Leonie Greene, the spokesman for the Solar Trade Association says that subsidies are needed, at least for a few more years, perhaps even five more. It will take at least this long before sUK olar can even begin to compete with the fossil fuel industry.

Greene states that just over one-third the cost, 35%, is the cost of the actual panels themselves. The entire rest of the cost is in installing the panels and the UK will only see that cost drop if the UK solar industry is large enough to be competitive.

She further believes that the government’s decision to withdraw solar subsidies is self-serving and that it will just forestall the time when solar is able to compete against fossil fuels.

Davey Sees It as a Boon for Humanity

However, according the Energy Secretary, bids recently placed for energy contracts amongst many different types clearly indicates that solar is already competitive. In fact, two of the lowest tenders were submitted from solar companies.

In an interview with the BBC, Davey stated that he is delighted and amazed by the way in which solar costs are plummeting. In his words, it is “wonderful for humanity.” Mr Davey cites statistics such as in India there are 300 million people without electricity and the sub-Saharan Africa effects would “be dramatic.” He claims that solar power will have the same effects on the energy market as communications were affected by mobile phones.

By the year 2020, Mr Davey predicts that solar power will be as great as 14GW which is a rise from the end of 2014 that saw 5GW. This brings the total up from 1.5% to 4% of the total UK electricity annually. It is his prediction that solar energy will grow even more within the next ten years.

Because solar is not taking up a great deal of the budget for renewables, it needed to be withdrawn. However, Davey says that the domestic solar subsidy would remain intact.

Countering that, Greene says that the industry doesn’t get policy but only words. She contends that the rush for solar was created by the UK government because solar companies lack confidence in later policies. Referring to a previous statement by Minister Greg Barker who stated it was possible to achieve 20GW by the year in question, 2020, Greene believes that could have been realised if government hadn’t been blind to the potential of solar power.