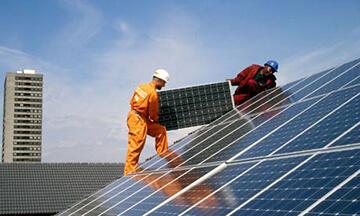 After issuing a warning that their earnings this year would be lower than previously expected, energy giant SSE have suffered a hit. Their share price has dropped significantly after chairman Lord Smith of Kelvin revealed the damaging statistics this week;

“SSE started this financial year expecting to deal with a number of challenging issues and that has proved to be the case. Electricity market reform, the electricity distribution price control review and the energy market investigation are all taking place at the same time as the run up to the UK general election. Good progress is being made in streamlining and simplifying the business and in the programme of investment in the energy assets and services customers depend on. Nevertheless the cumulative impact of a challenging business environment and persistently low production and consumption of energy mean SSE now believes adjusted earnings per share in 2014 will be at the lower end of the range set out in March and therefore be around the same level achieved in 2013.”

Despite the substantial fall in both profits and share price, Whitman Howard employee Angelos Anastasiou was quick to exact caution on the matter;

“SSE’s headline interim numbers are below our estimates, but in the middle of a wide market range. As ever, we would not read too much into interim figures, but we do note a slightly greater element of caution in the statement,[The previous] range had suggested that that 2014 adjusted earnings per share were expected to be similar or slightly higher than that seen in 2013, but this has now been tempered to just being at “around the same level achieved in 2013”, which was 123.4p.”