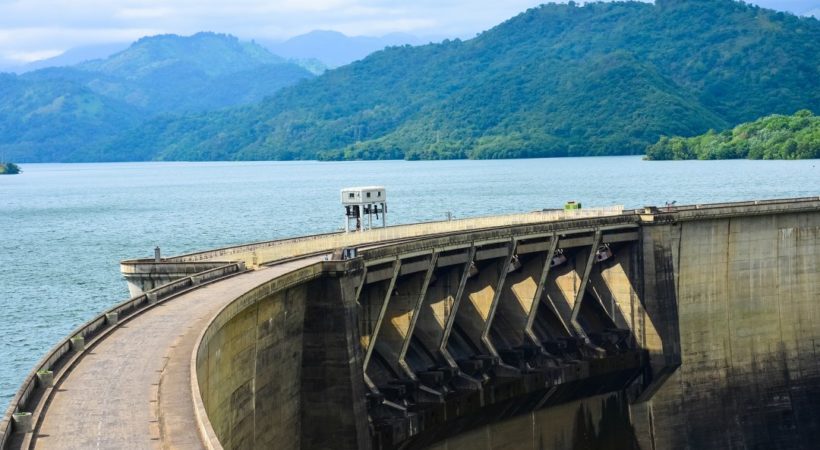 With renewability, environmental impact and sustainability more important factors than ever before in the world of energy, numerous countries are investing heavily in switching to renewable sources of energy.

When most people think of renewable energy, they think of solar. Solar energy, also referred to as Photovoltaic Energy, creates usable energy with almost no impact on the environment.

Solar power is one of the most popular forms of renewable energy, as well as one of the most widely studied. Most solar systems date back to the mid-1970s – a time at which the world began looking for alternatives to oil-based sources of energy.

Today, solar power is one of the most widely used renewable energy sources, with a large number of countries prioritising it as an energy option. In the UK, solar power is predicted to contribute four per cent of national electricity by 2020.

Another well known source of renewable energy is wind. Over the last decade, large wind farms have popped up across the British countryside, as well as offshore in sea areas with large amounts of strong wind activity.

Due to large-scale investment in wind power, it’s one of the most popular forms of renewable energy in use today. In Denmark, wind power contributes 28% of power in the national electricity system – the highest rate in the entire world.

Although wind and solar energy have grown more common in the last decade, the most frequently used source of renewable energy in the world – and in particular, China – is hydroelectric energy.

Hydroelectric energy has a huge range of benefits. It produces no pollution, can be operated on both a large and small scale, and can be implemented in any country with its own waterways.

Although natural gas is a fossil fuel, it’s viewed as one of the cleanest widely used sources of energy in the world, particularly compared to other fossil fuels such as oil, coal and other polluting source of energy.

Despite this, there are some environmental issues associated with natural gas as a source of energy. These include air emissions, which are limited but still far worse than more renewable energy sources, and destruction of natural environments.

Geothermal heat is becoming an important source of energy for many of the world’s most developed countries. According to research, more than 20 countries now use geothermal energy as a source of electricity.

As a clean and renewable source of energy that can be used in a range of countries, geothermal electricity has attracted a lot of attention in recent years as a source of energy for countries concerned about greenhouses gases and energy renewability.

Tidal energy uses the movement of tides to create electricity. Currently, there are two different types of tidal energy in use around the world: tidal stream and tidal range energy.

Because of the strong tides in many areas of the UK, tidal energy has attracted a lot of attention as a viable source of renewable energy. Recent proposals have included a tidal energy lagoon in Cardiff that could potentially power most of Wales.

Although nuclear energy is controversial and often associated with weapons and the disasters at Chernobyl, and more recently Fukushima, it remains one of the world’s cleanest and most affordable sources of energy.

Nuclear power is one of the world’s most popular sources of energy. In France, as an example, around 75% of the country’s entire electricity is created by nuclear power stations. In the United States, nuclear power contributed around 20% of electricity.

Some of the advantages of nuclear energy include low emissions and an extremely limited impact on air quality, as well as low costs. Despite nuclear energy’s benefits, it remains a controversial source of power due to issues storing nuclear waste.

Wave energy is an interesting source of renewable energy that’s been implemented in a growing number of countries. Wave energy involves capturing energy from the motion of waves and using this energy to generate electricity.

Unlike tidal power, which shares some similarities with wave power, wave power is considered unpredictable and difficult to harness. This is because wave activity can vary drastically based on weather conditions.

Despite these disadvantages, wave energy is currently being experimented with by several countries. In the UK, a Cornwall-based wave farm has the potential to power an estimated 7,500 homes throughout the area.

The scientists, who have developed a special system that captures the energy of a falling raindrop through vibration, claim that up to 12 milliwatts can be generated from raindrops during heavy rain.

Although the concept is still experimental, it could grow into an important energy source at some point in the future. If successful, rain power could soon rival solar, wave and wind power as a dominant force in renewable energy production.

Despite being cleaner than fossil fuels, however, biomass isn’t as clean as some of the other renewable energy sources. Biomass energy unfortunate produces some carbon dioxide, making it a cleaner but not perfectly clean source of energy.

Although it might seem modern – and certainly is – biomass energy is one of the world’s oldest sources of energy. As a fertiliser, plant and animal matter has been used as a source of energy for millennia, giving it a great time-proven record.